With Halloween being our Movie of the Month in October, it was a no-brainer for us to look to John Carpenter for our connected solo entries. That was my plan. I chose the film. I got excited. Then something unexpected happened.

One of the joyful byproducts of writing for a blog with friends is the rabbit hole-y nature of digging into films and the subsequent discussions that ensue between Greg, Aaron, and me. In that vein, I was perusing the Carpenter catalog a few weeks ago, and lo and behold, an oddball entry revealed itself to me. There it was, embedded amongst such horror classics as The Thing, Halloween, and They Live:

The Boy Who Could Fly.

I’ve been thinking about this film obsessively since I read an anniversary article on it a few months ago. What the heck was it doing on Carpenter’s list of brilliant and not-so-brilliant horror films?

Turns out the jump to Carpenter wasn’t so big, after all. Google entry “John Carpenter The Boy Who Could Fly” provided a few links to Nick Castle, the film’s writer and director.

Sounded familiar, but I wasn’t connecting the dots. One more quick search on IMDb, and there it was. Nick Castle = Michael Myers. The actor who played one of the scariest characters ever to grace the screen directed a lightly sentimental movie in the 80s about young peoples’ perspectives on loss and change and fitting in when you’re a little different.

The Boy Who Could Fly consumed a big portion of my movie watching during childhood. It’s a movie that, were I to mention it to my Mom today, would likely inspire an eye roll so big that she would injure herself. That’s how often I watched it. My Dad, also a lover of film, was a master of hitting the video store and picking movies which would eventually became the fabric of my movie-loving being. The Parent Trap (1961). Flight of the Navigator. Harry and the Hendersons. Short Circuit. Batteries Not Included. This is how The Boy Who Could Fly made it into the pantheon of Films Over-watched by Karen in the Page Household during My Childhood (otherwise known as FObKitPHdMC). 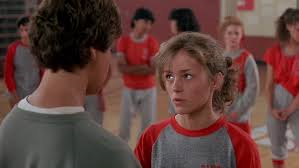 There isn’t anything particularly distinctive about The Boy Who Could Fly, I suppose. It’s well-made and well-acted and well-cast. It’s a film that feels quintessentially 1980s, in the loveliest of ways. Roger Ebert called it a “sweet parable” and said that “Frank Capra could have directed it, […] except in the Capra version, the boy wouldn’t have been autistic and the girl wouldn’t have been grieving because of the recent suicide of her father, who was dying of cancer.” 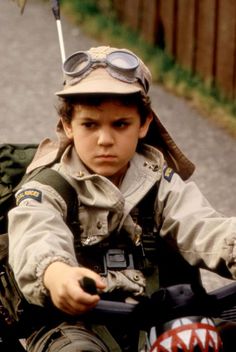 Therein lies the magic of a film like The Boy Who Could Fly. A film about how to handle loss, be kind to someone who is different, and just generally survive the potential trauma of childhood is an important film to put in front of a kid. Especially when that movie stays away from cloying dialogue and oversentimentality and sticks to solid content and performances to support the message.

Nick Castle wrote and directed something special in The Boy Who Could Fly, and I’m left sort of stunned that a guy who played the personification of Pure Evil on screen could write and direct something so wholesome. He directed other children’s films, such as The Last Starfighter and Dennis the Menace. He has writing credits on films such as Escape from New York, Hook, and August Rush. His catalog of film is limited, but pretty varied. And by all accounts, he was asked to play the part by Carpenter since they were friends, so there is very little actual Castle in Myers. Even so, it will be a while before I reconcile Michael Myers being the artistic force behind a film which was so important to me as a child.

Thanks for making a film that was such an important part of my childhood, Mr. Castle. I’ll try to forgive you for Haddonfield.