Thanks for stopping by today. Did you see any good movies over the Labor Day weekend?

This month will mark the first month of our regular format. Remember our description of a cinematic rabbit hole? Well, that will start this week. This weekend, we’ll be spotlighting a “movie of the month”, a movie hand-selected by all 3 nerds to be our “theme” for the entire month. Our solo entries for the remainder of September will somehow relate to that movie. But since we’re wary of spoilers around here, we’re gonna make you check back on Friday to find out what that movie might be!

For today, we have more excerpts of our Q and A, and a special mention of something movie-related that happened on this day in history 67 years ago.

Today is Wednesday, September 5. This means that one of our favorite actors is celebrating his birthday! Can you guess who it is?

His first paid acting gig was for three episodes of Mister Roger’s Neighborhood in 1975 (though he was credited by his real name of Michael Douglas).

He starred in a short-lived sitcom called Working Stiffs in 1979 with Jim Belushi.

Michael Keaton was especially prolific in the 1990’s, starring in such films as My Life, The Paper, Multiplicity, Out of Sight, and Jackie Brown. He even took on the role of Batman a second time, in a movie probably most remembered for Michelle Pfeiffer’s depiction of Catwoman. His films run the gamut from comedies to dramas to horror films. He has voiced characters in animated films. He can seemingly do it all, including getting nominated for an Oscar for his understated performance in Birdman, or (The Unexpected Virtue of Ignorance). 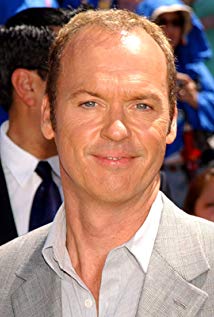 Sound off in the comments and tell us what your favorite Michael Keaton film might be!

We’ll start with Karen’s question. She asked her fellow nerds the following question: Why do you think film is so important?

GREG: “Call it a cliché, that’s fine – but I lose myself in the movies. Great escape, right? Movies, along with, to an only slightly-lesser degree music, transport me to a place far, far away from whatever the hell irks me on that particular day. Did I mention I’m evolving into a grouch as I grow older?

But truly, no matter what is happening on the outside, something exciting happens to me on the inside whenever I hit play on Netflix or Hulu or Amazon or HBOGo or Vudu or BluRay or DVD or VCR (yes, VCR, and no, I do not work for, nor am I shamelessly promoting Netflix, Hulu, Amazon, HBOGo, Vudu, BluRay, or whoever still makes VCR’s these days).

I can remember my older brothers and older sister (note: I am clearly identifying myself as the baby of the family, a sentiment I have milked since I learned how much affection I could get by milking it) being big influences on my movie watching habits. I’d be watching Mr. Rogers’ Neighborhood on PBS, and an (older) sibling would change the channel to Real Genius, or WarGames. I’d protest at first because, dammit I’m the baby, and I should get what I want. But within minutes I’d marvel, and I really do remember this, at how friggin’ cool the movies my brothers and sister were watching. And part of it was, again, this is no joke, I did want to be cool like they were, so I wanted to do the things they were doing, but I also thought it was fun to enjoy a joke we were both in on together. Something about those childhood experiences drew me into that world, and something else about the nature of visual storytelling also compelled me at a very early age.

I come from a long line of master storytellers, my dad being perhaps one of the most enthusiastic (and long-winded, which proves something, I reckon, about heredity, though I’m not sure what) and engrossing storytellers I’ve ever met. His stories, coupled with those I was seeing in the movies with my brothers, with whom time was always short as I only saw them on the weekends, kinda sorta drew me further and further into that world. How can one story be told a hundred different ways? In the movies, of course. How can an emotion you can’t communicate effectively or, on occasion, maturely, present itself in a way you hadn’t considered before? In the movies, of course. So many times we see art imitate life, but never moreso than with the movies. As Philip Seymour Hoffman said in Magnolia, ‘They put those scenes in movies because they actually happen.’

Why are movies so important to me? I think I’ve given you about four different answers, I suppose. It’s a loaded question, Page. . . but a damn good one. I suppose I’d have to defer to Steve Martin in the movie Grand Canyon when he said to his friend, played by Kevin Kline, ‘That’s your problem, Mac, you haven’t seen enough movies. . . all of life’s riddles are answered in the movies.’ I’m just lucky I had my brothers to thank for changing the channel from dreary old, yet positively-perfect Mr. Rogers’ Neighborhood to something infinitely funnier, scarier, and sadder, like movies.”

AARON: “I have a background in theatre (playwrighting, acting, and directing), and one of the things that I have always loved about live performance is the fluid immediacy of it. No two performances of anything I have ever done has ever been exactly the same. Sometimes it’s in large ways (Oops! Carol forgot her lines again!) and sometimes in smaller ways (the table wasn’t placed exactly where it usually is and an actor has to take two extra steps to place his glass down). But it’s constantly evolving. Not-quite ready shows can become damn near perfect in the six weeks from open to close as the actors become more comfortable with their lines or blocking, as the kinks in the light cues get worked out. I once had to request an alternate version of a scene from a playwright because a contraption for a stage effect had been broken and could not be repaired in time for the show to resume between weekends.

This is not an option in film.

Yes, there are multiple takes. An editing crew goes through them. They select the best one. But, ultimately, what is selected is what audiences will be seeing for the rest of time. There’s no evolution. It’s permanent.

This, to me, is why film is so important: Every movie is a permanent record of the time it was made in.

You can track the history of the world and the changes in society by watching one movie in a particular genre from each decade from the 1920’s to the present. Special effects improve from the early days of spaceships on string to today’s CGI-driven extravaganzas. Comedy has evolved (you simply could not make a Mel Brooks film in today’s politically-correct atmosphere). Minorities are given more important roles. Those hairstyles and fashion in the 80’s!

Movies are an exceptional history lesson. One that doesn’t force you to trudge through a bland textbook.”

Karen was asked a similar question by Aaron. Why do you enjoy watching movies so much?

“I love art in pretty much any medium. It’s a source of total joy for me. Film is just slightly more tangible to me, the breadth of life imitated on screen as opposed to on a stage or on a wall or on a page (but only slightly).

There’s a feeling that I think almost every human connects to through art, whatever the source or level of skill or scale. It can propagate a slow slide into something that feels almost supernatural in its power to move the viewer from one reality to another. I love this experience. The click. The light bulb. The slow realization. The warm spread of feeling, whether positive or negative, in reaction to what I’m seeing on the screen. I live for this shit.

Every time I see a film, I experience something new. I discover something I didn’t see in myself before. This is rarely as apparent to me as when I’m watching foreign film, although domestic film is equally as effective. It’s just that immersing oneself in a completely different language and place and way of thinking about the world for a few hours has a way of opening up channels that are sometimes mired by the familiarity of one’s own reality.”

Film as a great escape. Film as the ultimate history lesson. Film as a means of finding yourself. Three different answers from three different people, and probably a million more if we took the time to ask everyone that we knew. And all of those answers are correct. That’s the beauty of the cinema: it’s something different for every one. But it unifies us as well.

Why is film important to you?

Be sure to check back in this Friday! Our Movie of the Month is sure to be a conversation starter.

One thought on ““I’ve seen ‘The Exorcist’ about a hundred and sixty-seven times, and it keeps getting funnier every single time I see it…””